Young People To Take Up ECDL Training After ‘Depressing’ Study

Young People To Do ECDL Training After ‘Depressing’ Study

The study of 1,400 15 to 25-year-olds by the Prince’s Trust also found that one in six of those who are unemployed think they would be in work if they had better computer skills.

Mike Tan, Director of CCW, said that their unique approach to this problem combined top-class ICT training through ECDL with free job-searching support.

“These figures are quite depressing, but show up an important problem as to why so many of our young people are unemployed.

“The research also found that 20 per cent of unemployed young people felt their computer skills were not good enough to use in the job they want, while one in six do not apply for jobs which require basic computer skills.

“A lack of computer literacy is holding young people back and this is damaging their job prospects. Without basic computer skills, young people will not be able to pursue career paths and passions because they can’t get a foot in the door.

“CCW is part of a global network of accredited test centres located in 148 countries, and certification tests must be taken at one of these centres.

“In addition, we have just launched our pioneering ‘Job Blog’ – jobsblogs.wordpress.com – which helps people with issues such as writing better CVs and applications, landing your dream job, and how to perform in an interview,” he said.

The Prince’s Trust research, based on interviews with 1,378 15 to 25 year-olds in the UK, reveals how more than one in 10 young people (12%) do not think their computer skills are good enough to use in the job they want, while almost one in five unemployed young people (18%) claim to feel this way.

Programme Manager Daniel Tan said: “Computers and computer use is essential for today’s job market. With the advancement of computer technology progressing faster than they have ever done before, it is no surprise that people ‘fall behind’ with technology, software and applications of the internet.

“Our courses have been developed to teach people of all levels of computer proficiency and build on the skills required to attain employment.

“For example, ECDL is an internationally recognised qualification which allows people to develop skills in using computers and demonstrate their competence. It comprises of  various modules, each requiring separate testing.

“Successful candidates receive either individual certificates or full ECDL qualifications. It has been designed to allow users to develop their skills and to enhance their career prospects with a well recognised, benchmarked IT qualification.

“What’s more, ReAct funding can be used to cover the cost of this course.

“In addition, we run the Flexiqual which is a new kind of qualification from the British Computer society. This allows individuals to pick and choose the modules of use to them and skip the ones that are not. It allows for more personalised learning that retains the learner’s objectives and the individual goals,” he said. 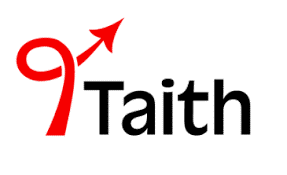 We use cookies on our website to give you the most relevant experience by remembering your preferences and repeat visits. By clicking “Accept All”, you consent to the use of ALL the cookies. However, you may visit "Cookie Settings" to provide a controlled consent. Read More
Cookie SettingsAccept All
Manage cookie consent

This website uses cookies to improve your experience while you navigate through the website. Out of these, the cookies that are categorized as necessary are stored on your browser as they are essential for the working of basic functionalities of the website. We also use third-party cookies that help us analyse and understand how you use this website. These cookies will be stored in your browser only with your consent. You also have the option to opt-out of these cookies. But opting out of some of these cookies may affect your browsing experience. To view the full cookie policy head here -> CLICK HERE
Necessary Always Enabled
Necessary cookies are absolutely essential for the website to function properly. These cookies ensure basic functionalities and security features of the website, anonymously.
Functional
Functional cookies help to perform certain functionalities like sharing the content of the website on social media platforms, collect feedbacks, and other third-party features.
Performance
Performance cookies are used to understand and analyze the key performance indexes of the website which helps in delivering a better user experience for the visitors.
Analytics
Analytical cookies are used to understand how visitors interact with the website. These cookies help provide information on metrics the number of visitors, bounce rate, traffic source, etc.
Advertisement
Advertisement cookies are used to provide visitors with relevant ads and marketing campaigns. These cookies track visitors across websites and collect information to provide customized ads.
Others
Other uncategorized cookies are those that are being analyzed and have not been classified into a category as yet.
SAVE & ACCEPT
Powered by